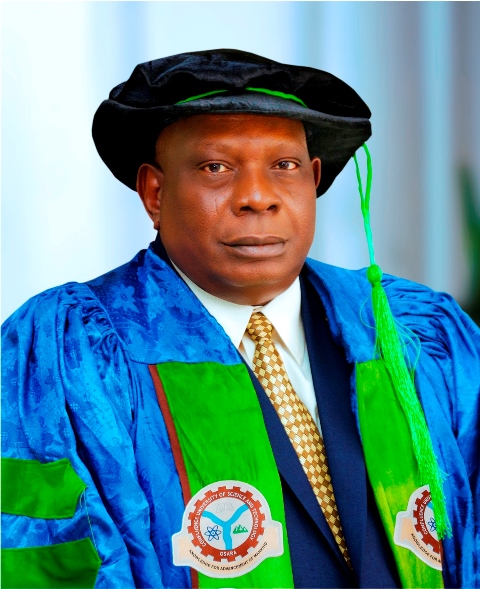 Born in March 1955, Salawu Sadiku had his early education in the then Roman Catholic School, North, Okene and later LGEA School at Ibeke, Kuroko from where he proceeded to Okene Secondary School (OSS), Okene in January 1971. Salawu Sadiku was awarded the then Kwara State Scholarship to cover his entire Secondary education for coming first in the state in the Common Entrance Examination of 1970. Sadiku completed his Secondary School education in June 1975, coming out with Aggregate Six (6). He obtained his Advanced Level General Certificate of Education from Federal Government College, Sokoto in 1977 with grade A in each of his principal subjects – Mathematics, Physics and Chemistry. He later proceeded to the prestigious Ahmadu Bello University, Zaria to obtain First Class Bachelor of Engineering in Civil Engineering in 1980. After the National Service in University of Ilorin, Sadiku had a brief industrial engagement at Ajaokuta Steel Company from 1981 to 1983. He embarked on his postgraduate programmes at the University of Waterloo in Ontario, Canada from 1983 to 1986, during which period he bagged Master of Applied Science and Doctor of Philosophy in 1984 and 1986 respectively. Sadiku has had a good mix of industrial and academic experiences from teaching, supervising and researching engagements in Federal University of Technology, Minna as well as industrial experience at Ajaokuta Steel Company.Salawu Sadiku became a Professor of Civil (Structural) Engineering in 2009. He is currently the Vice Chancellor of Confluence University of Science and Technology (CUSTECH), Osara. He is happily married with children and grand children.