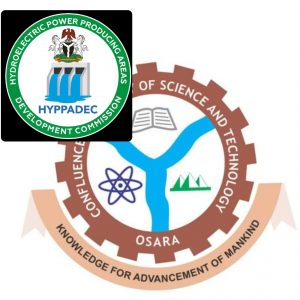 Some six deserving students of the Confluence University of Science and Technology (CUSTECH), Osara has benefitted from the Humanitarian Support Programme given to them by Hydroelectric Power Producing Areas Development Commission (HYPPADEC).

According to Mr. Balogun Omeiza David, the Head of the Public Relations Unit of CUSTECH, Osara the students given the scholarship were selected from the Vice Chancellor’s list. He also added that HYPPADEC arrived at a final selection of CUSTECH students for the scholarship based on the enumeration of Local Government Area’s and Wards the students came from. He also emphasized that key attention was given to communities ravaged by flood.

Furthermore, he said the ivory tower was awaiting the scholarship of one more student which goes by the name Ahmed Mustapha from Biochemistry Department as seven students of CUSTECH, Osara were originally given the scholarship award by HYPPADEC.

Below is the list of the six students of CUSTECH, Osara who were awarded scholarship by HYPPADEC: