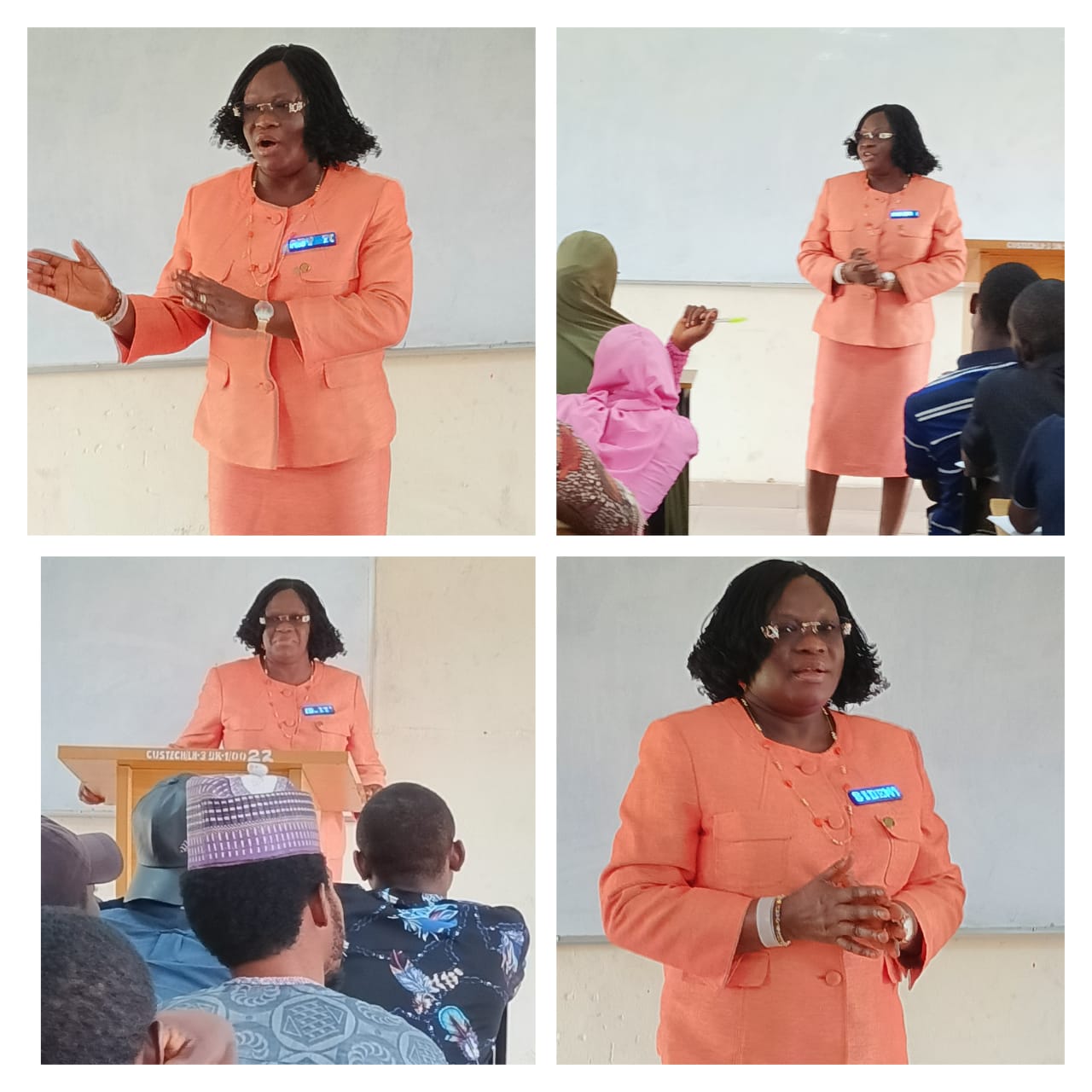 Dr. Mrs. Folashade started her lecture in Biochemistry by 10:00 a.m. at Lecture Room 4 where the students were already seated waiting for her to arrive. She started her lectures with a request to know all the students who were attending her class. She further gave a proper introduction of herself as one of the lecturers that will be taking them an aspect of Biochemistry in the Faculty of Science.

The Secretary to the Government of Kogi State Dr. Mrs. Folashade Arike Ayoade took her time to talk expressly to the female students on the need for them to be studious with their academic work. She used herself as an example of a woman that God has blessed in several ways because she did not toy with her academic pursuit. She encourage them to work harder as nothing whatsoever will be able to stop them from reaching the peak of their academic pursuit as all they needed was to be remain steadfast.

Recall that last week Dr. Mrs. Folashade Arike Ayoade had taken up a part-time lecturing job at CUSTECH, Osara with a promise of impacting knowledge on the young ones and also to serve as an inspiration to them. Dr. Folashade resumed her first day at work in the company of Mrs. Iretidola Ojekhoa.